I want to write about diaries, so I’ve brought out all my family’s diaries and put them on the bed.  I had to find them first – they were stashed away in various places where they couldn’t torment me.

My dad kept diaries all his life – the first one I have is dated 1935, when he was 13.  His mother – my grandmother - seems to have kept one sporadically, although maybe only some were retained.  My mum kept one on and off – she started in 1934, when she was 14.  The mid-1930s were a momentous time in history, but surely we only know that with hindsight and a world view.  Was there something else which prompted both my parents to start diaries then? I hope I can find out.

Pictures below show a few of my dad's diaries 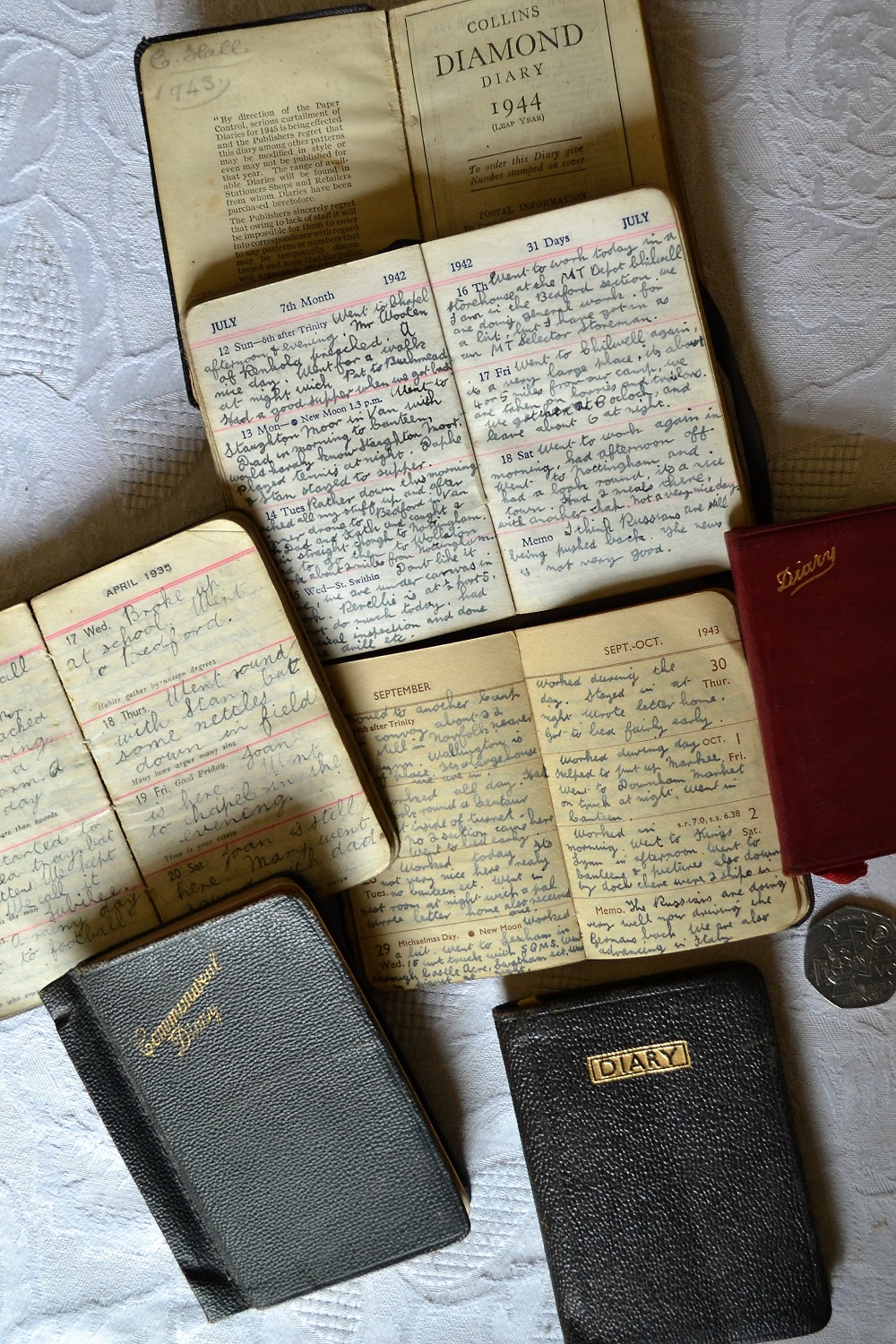 In the diaries all three wrote after my parents met and married, I have an account of my own early life told from three different perspectives.  My life, and what was going on around me, including the catastrophic collapse of our family business when I was 15 and the disintegration of our extended family systems.

What I didn’t realise until I read Keith Thomas’ book “Religion and the Decline of Magic” was that keeping a diary was an article of faith for some Puritans, from whom Strict Baptists in later centuries took their cue.  No surprise, then, that my lot kept diaries religiously.

“In the Middle Ages preachers had enlivened their sermons with exempla – edifying tales of judgements upon sinners and mercies shown to the pious…The Puritan layman was expected to keep a record of the mercies bestowed upon him by Providence. Hence the vogue of diaries and autobiographies…Any fortunate coincidence could be recognized as a ‘providence’ and any lucky escape might be seen as a ‘deliverance’…In many respects nineteenth century Evangelicals and sectarians had as literal a faith in the doctrine of divine providence as any to be found in the age of Cromwell.”

And yes, I was brought up pretty much within that belief system in the mid-twentieth century.  If you, or your children, had a bad accident, the question was asked: “What have you done to deserve that?”

“Diaries also allowed their authors to meditate regularly on personal failings – a type of written confession in a protestant world that had rejected the need for a catholic priest to mediate sins…they reflected the intensely introspective and anxious, self-examining religiosity of the seventeenth century, particularly…among the ‘hotter sort’ of protestants, such as the Presbyterians, independents, baptists and quakers.”

I am afraid to open most of the diaries today.  All three of the writers are long dead, but their voice on the page is vivid.  I will need to feel more robust than today to open the tiny books which cover my own life and start reading. 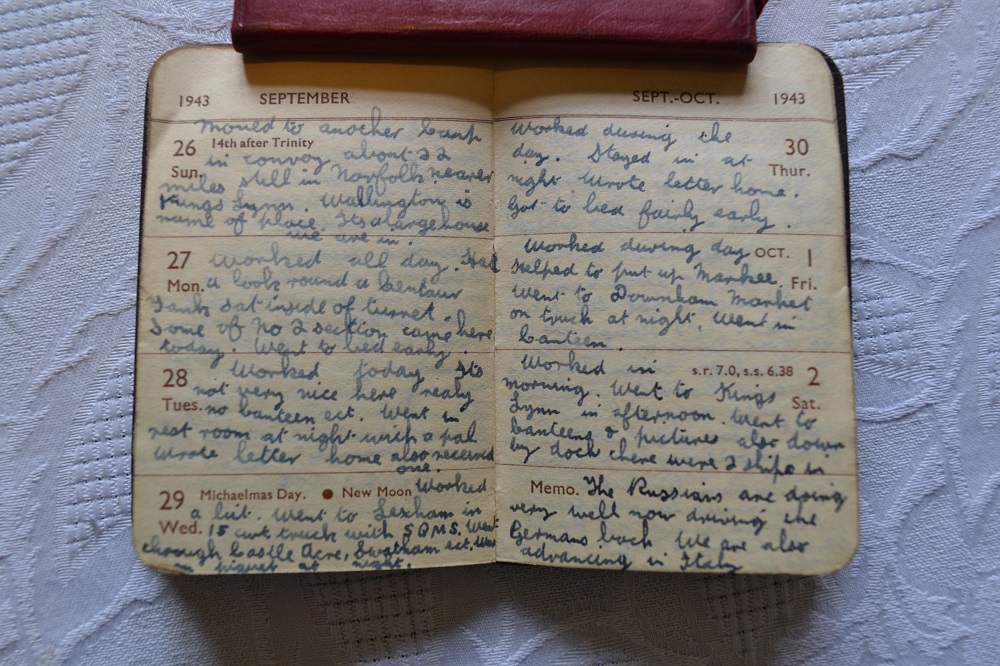 This website uses cookies to improve your experience. You can opt-out if you wish by changing browser settings, but the website will not work correctly if you do.AcceptRead more